We have detected that you have accessed our site using the Internet Explorer web browser. For optimal functioning of our site, we advise you to use another browser such as Google Chrome, Microsoft Edge or Mozilla Firefox.

Founder Johannes (Joop) Veltkamp registered Jeveka under the name JEVEKA Technical Metal Products with the Chamber of Commerce on 1 June 1937. In those days, Joop Veltkamp still traded from his parents’ living room at Mariottestraat 4 in Amsterdam East.

After the depression in the 1930s, under the influence of rearmament, the economy started to recover and the living room became too small. Joop Veltkamp relocated his office and warehouse to a space that he hired at Prinsengracht 662 on 8 January 1940. 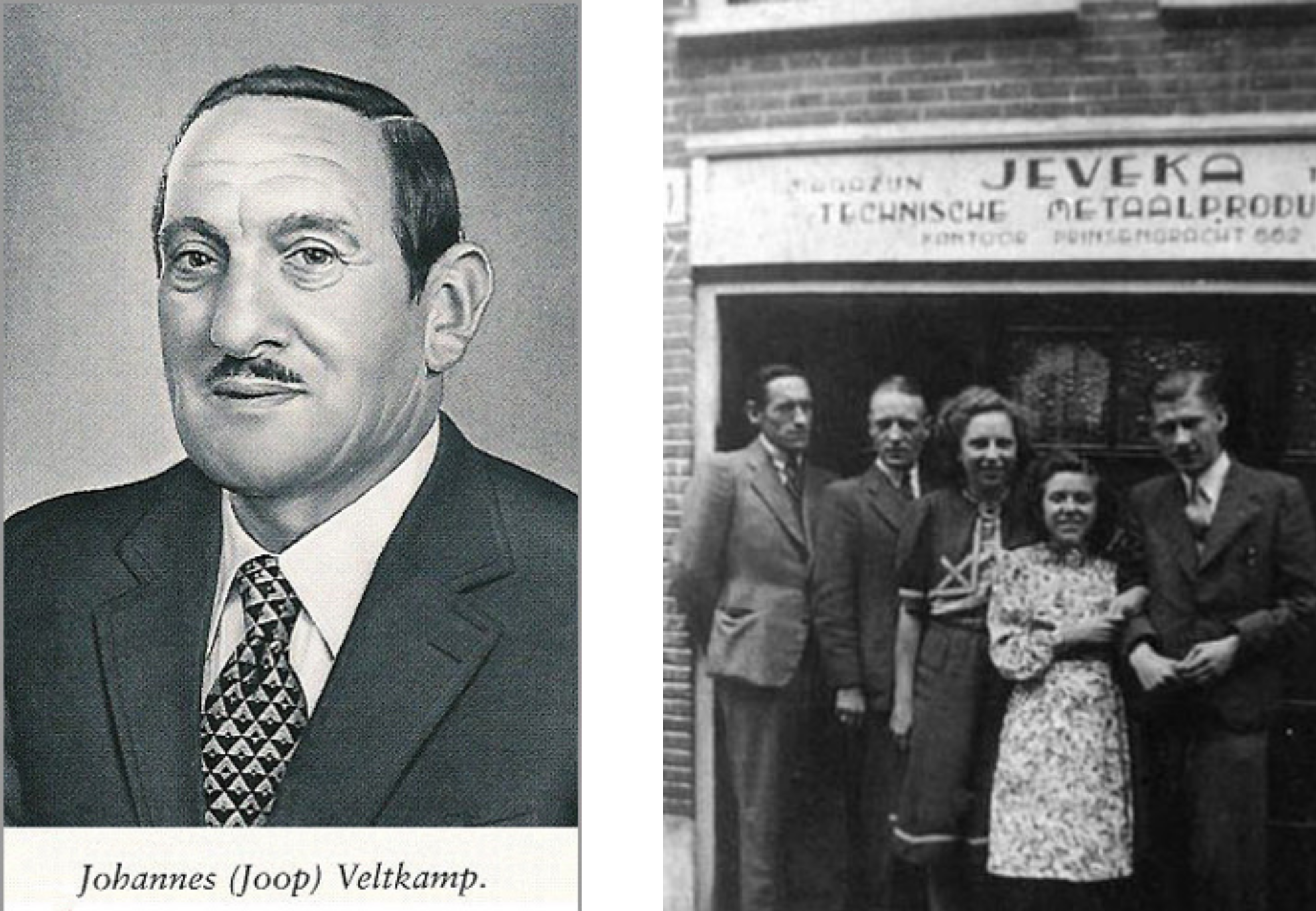 After 1943, conditions worsened because of the war. In an attempt to keep his head above water, Jeveka became a stove manufacturer. Veltkamp developed a range of waffle irons, hobs, ovens and stoves. 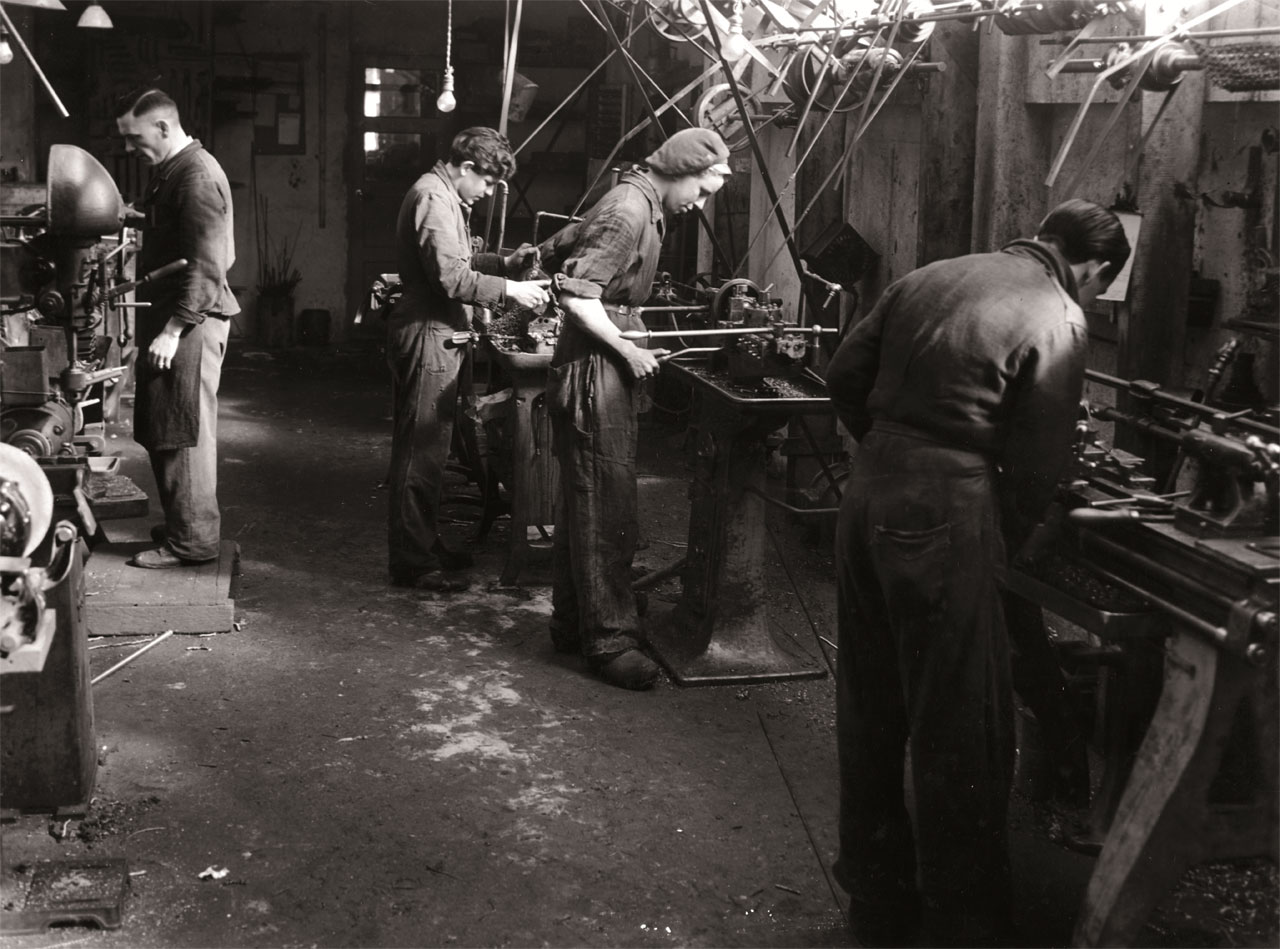 After the liberation, contacts with suppliers could be restored. The supply of a limited number of screws and nuts became possible again. 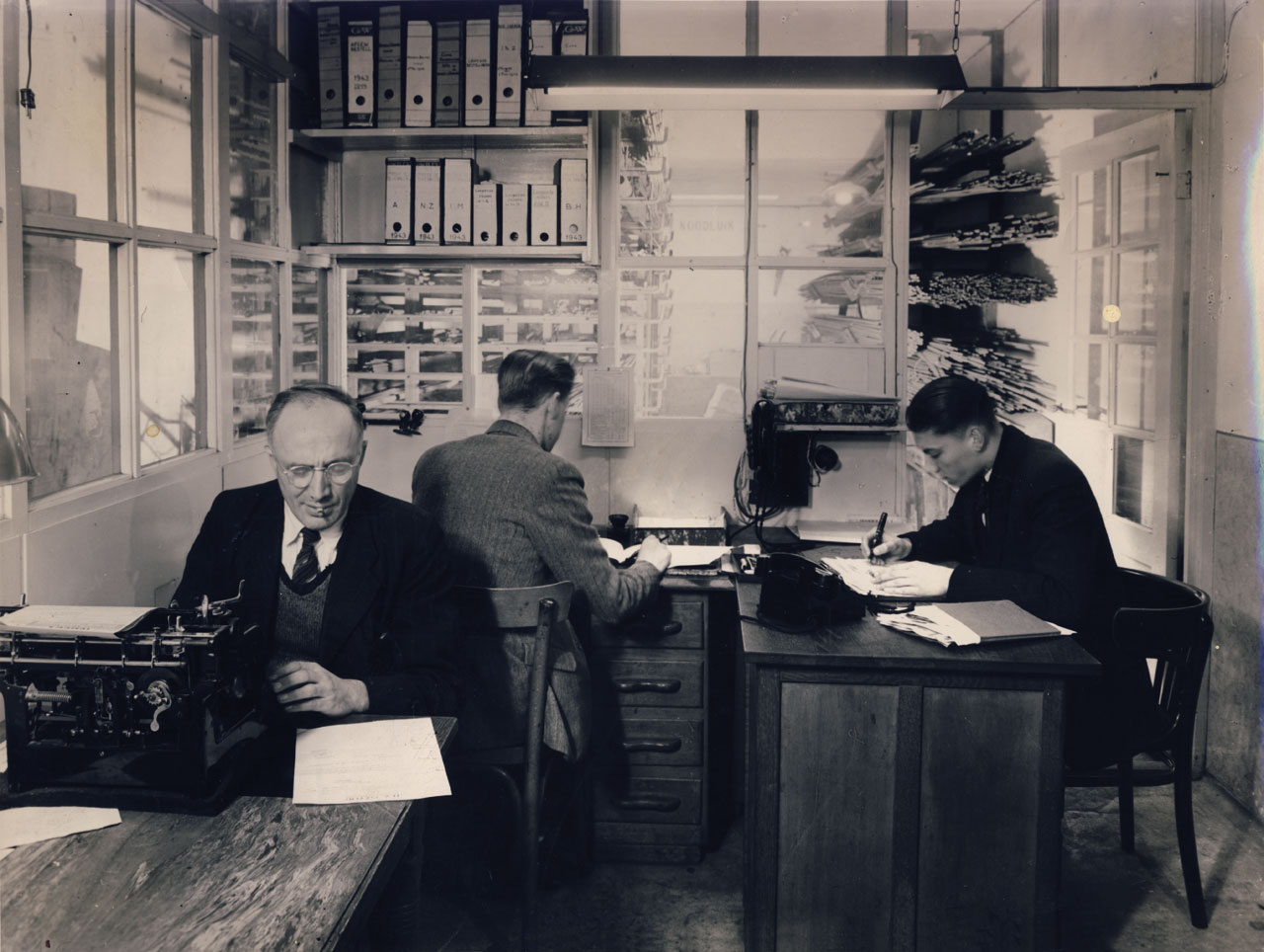 At the beginning of 1946, Joop Veltkamp became sole representative of the English Unbrako Socket Screw Co. Ltd. This meant that Jeveka obtained a promising range.

In 1948, Joop Veltkamp decided to have a special building constructed for Jeveka at Oranje Vrijstaatkade 9, on the site of the former east gas plant in Amsterdam East. Jeveka relocated to this 800 m2 building in 1949. 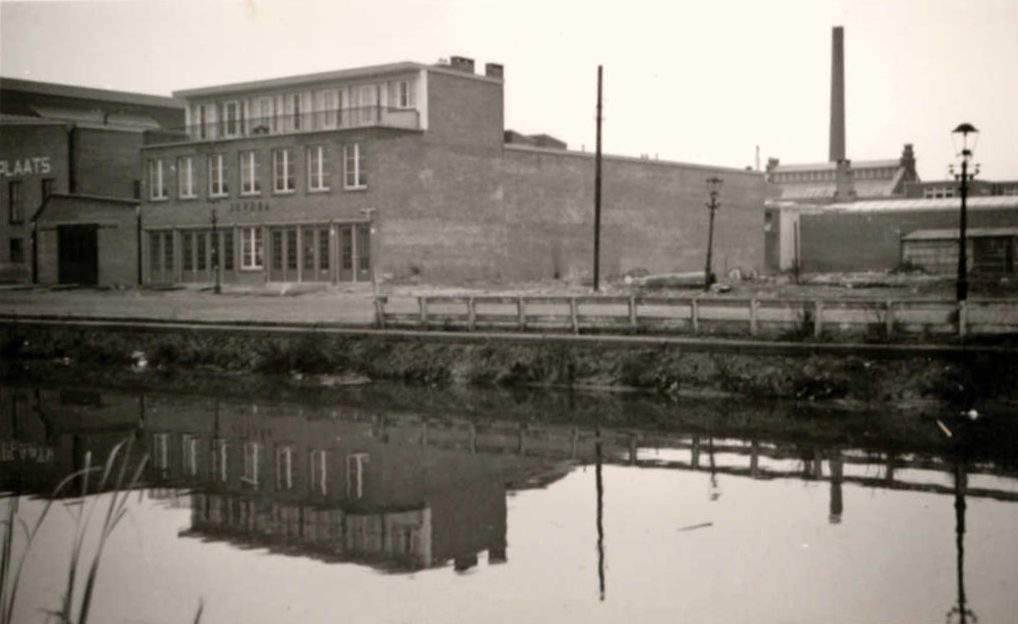 In 1958, Jeveka became a distributor of the German company H. Bilz, manufacturer of counterbores and countersink drills. In the 1960s, the manufacture of tools formed an increasingly larger part of the turnover, partly because Jeveka also represented Fibro, a producer of components for tool making.

At the start of the 1960s the Oranje Vrijstaatkade premises were extended to 1,275 m2, because of the increased quantities of stock and number of employees. The catalogue also started to be issued from this year and was distributed among Jeveka business relations. 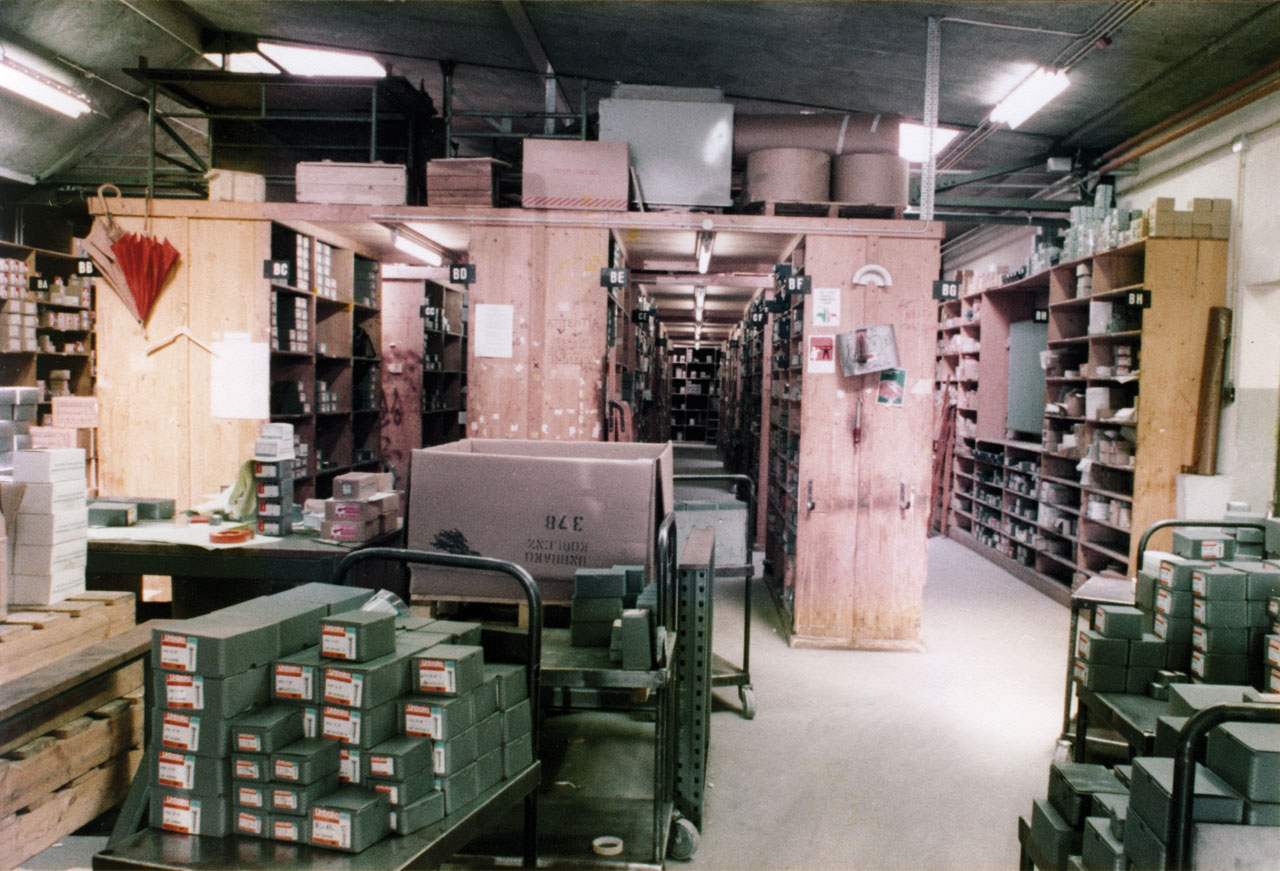 1968 - 1973 was a time of upturn. Director Joop Veltkamp needed to expand again. A new warehouse was built on the left and on the other side an existing site was acquired. 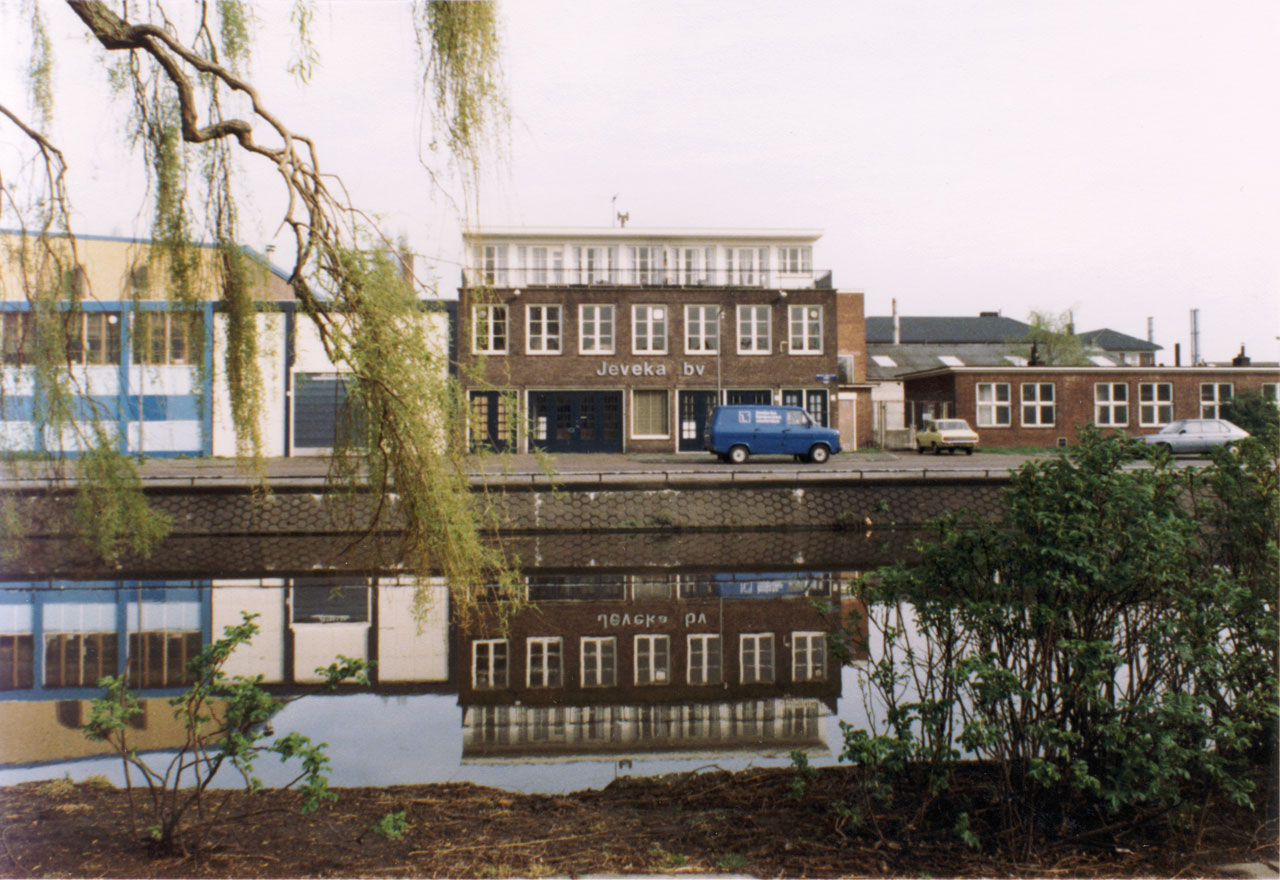 Joop Veltkamp died on 29 March 1975, aged 63, following a brief illness. His sons Hans and Martin Veltkamp took over the management.

Hans and Martin make an early start on automation. In 1978, preparations started for the automation of Jeveka. The bookkeeping switched to the computer in mid-1979. Special software was written for IBM System 34 for the other processes. 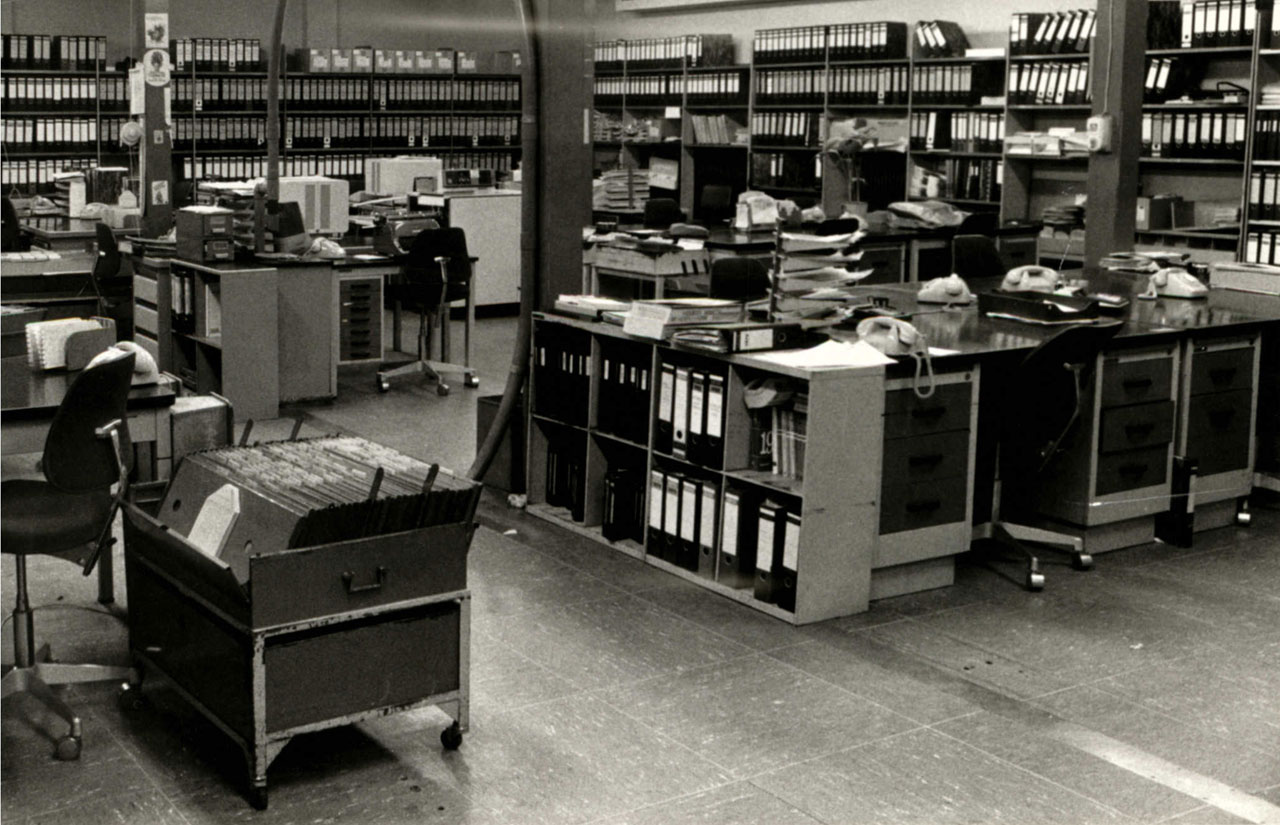 On 1 January 1980, Jeveka switched to the new computer system, starting with 7 screens and expanding to 21 by 1987. After the economic crisis in the 1970s, there was a further upturn for Jeveka after 1980. The more efficient operations contributed to this. 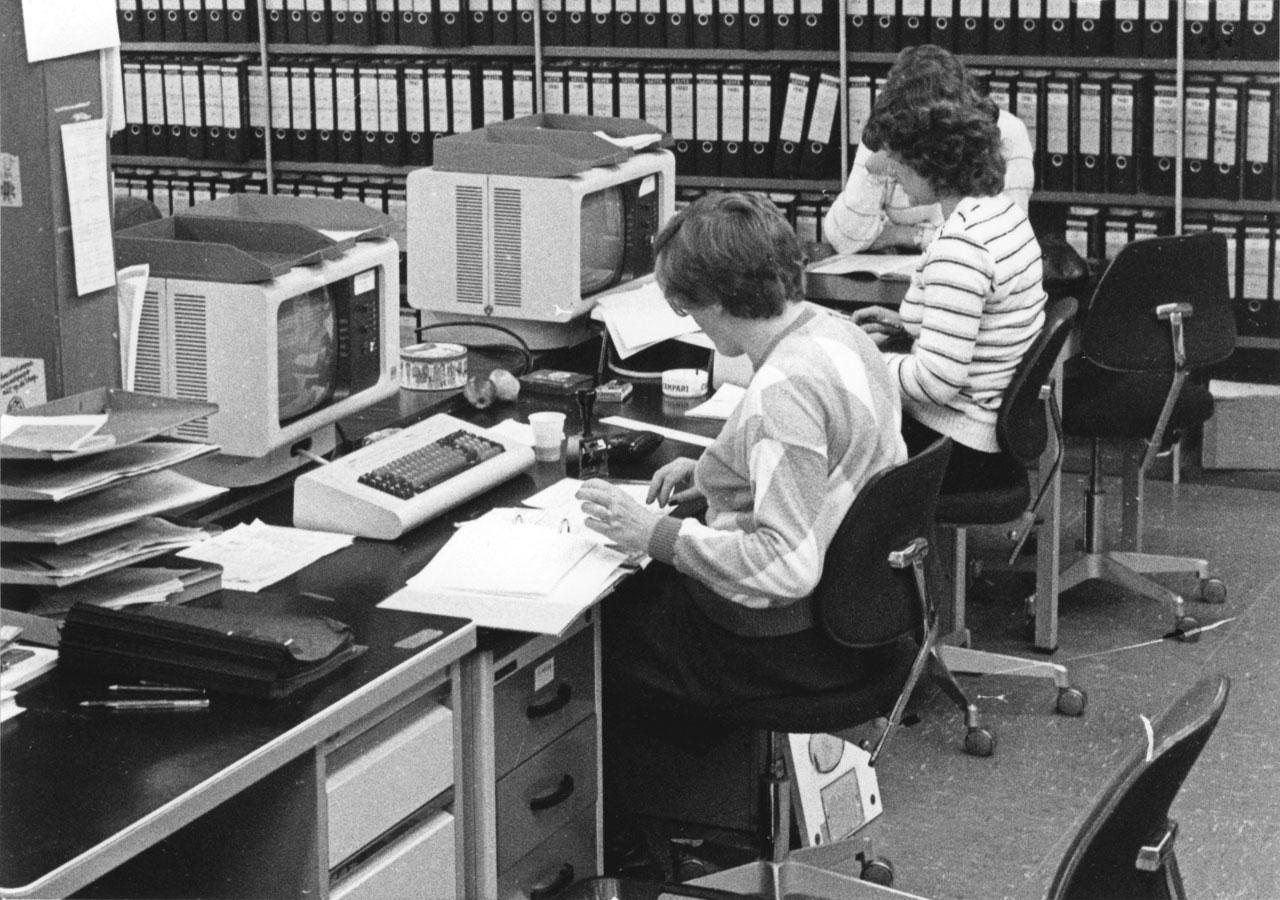 In 1984, a new warehouse was built and the entire building was given an extensive renovation and new layout. This resulted in a more efficient working method. 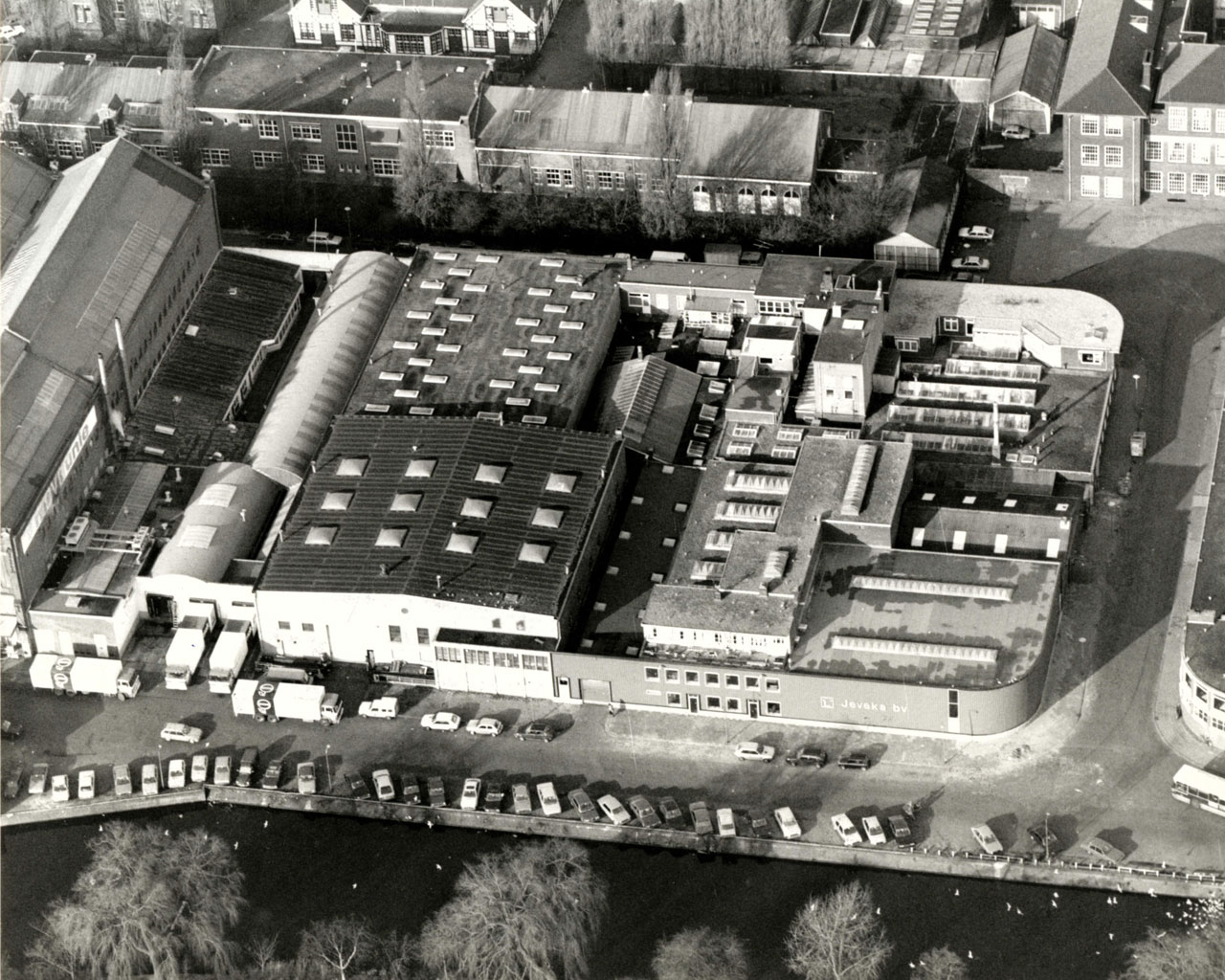 To facilitate further growth, Hans and Martin Veltkamp decided to relocate the company. In 1988 a new building of 2,800 m2 was constructed in record time at Keienbergweg 8 in Amsterdam South-East, which was then still a sand zone in the middle of a developing business park on the edge of the city. 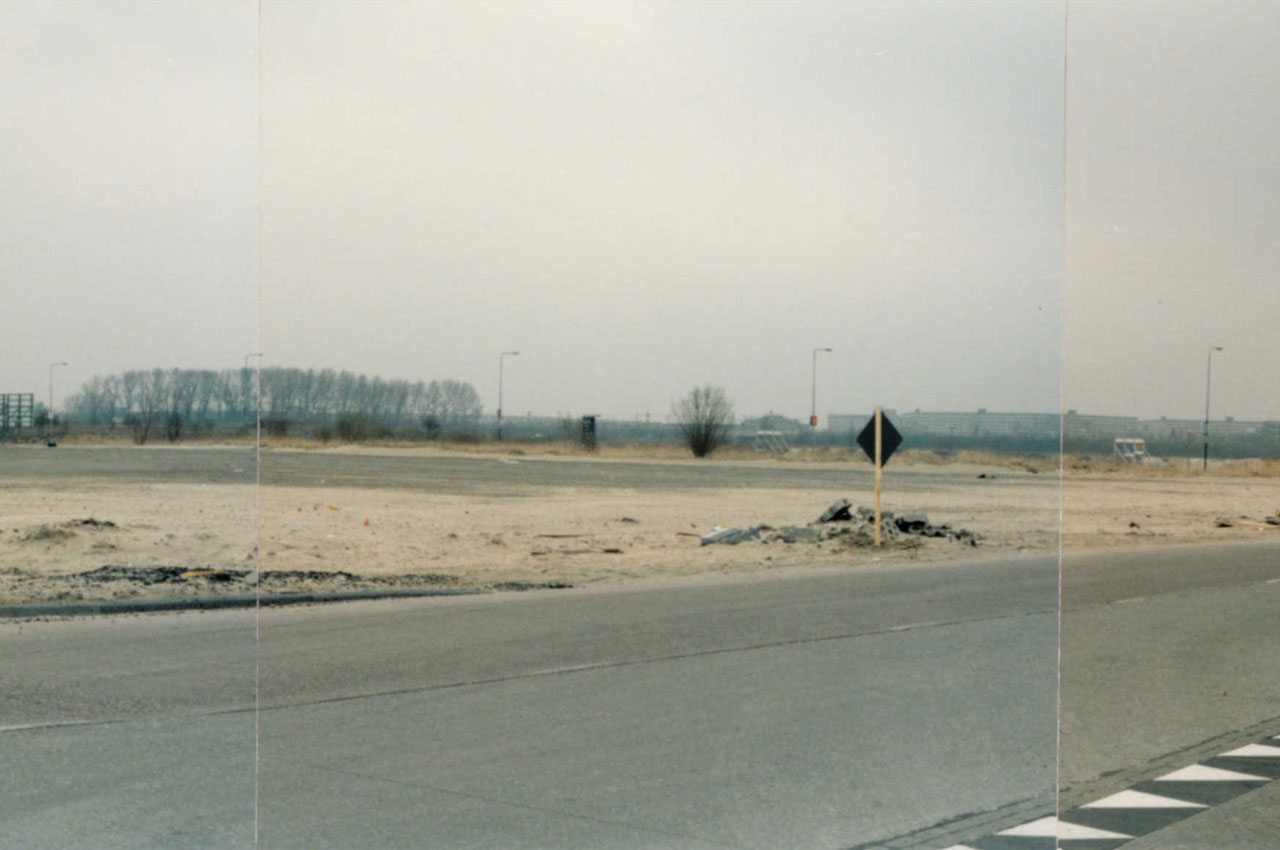 In the early 1990s, the internal and external sales service expanded. Product specialists were appointed and computers were increasingly used to coordinate activities.

In 2001, an expansion of over 1,500 m2 was realised, and both the purchasing department as well as the warehouse were given the necessary additional space. 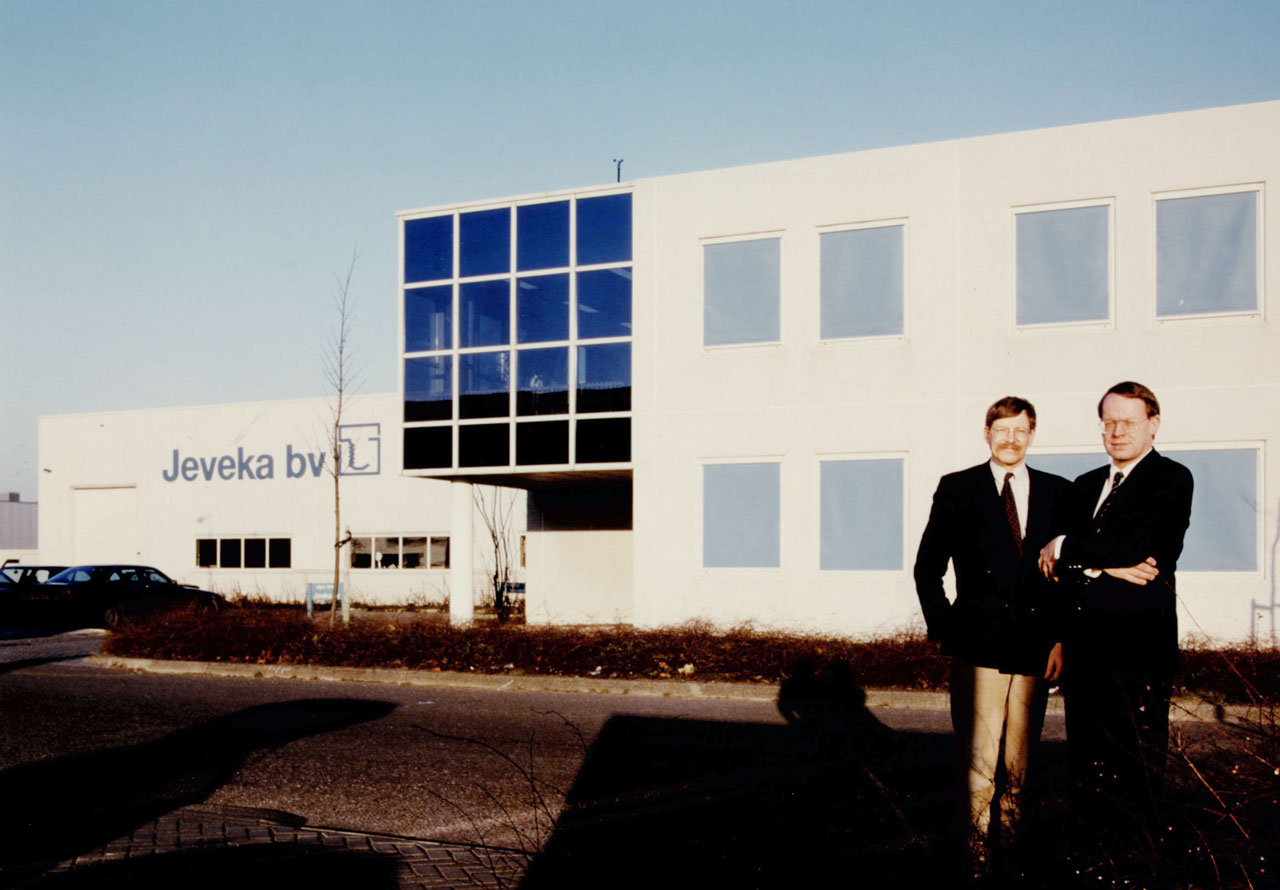 In 2011 the children of Hans Veltkamp, Adriaan and Stephanie Veltkamp, took over the management of Jeveka. Both had already been working for several years within the company. Hans remains involved with the company as adviser. 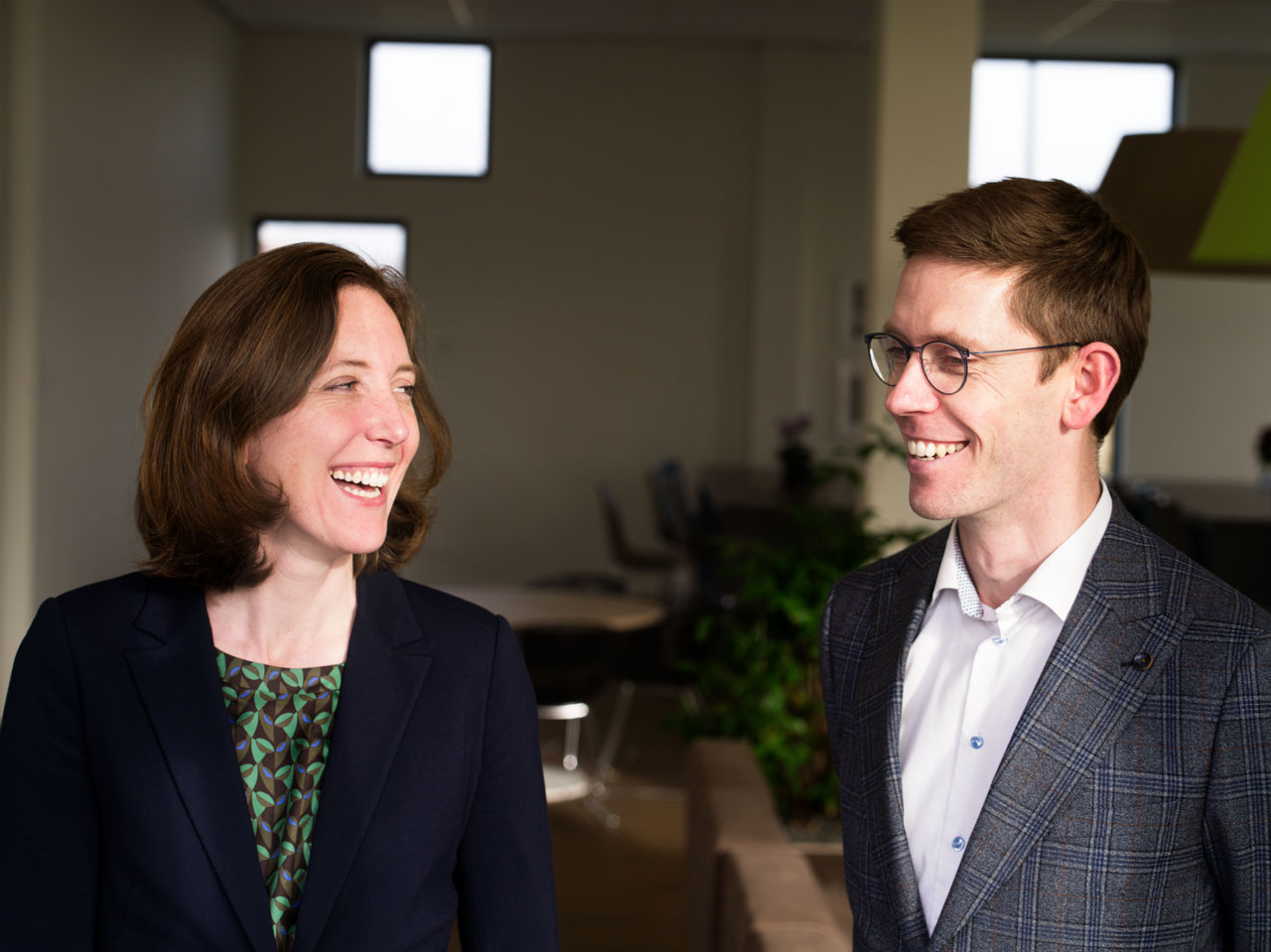 In 2013, Stephanie and Adriaan decided to relocate the company to Almere Poort. There, an entirely new 5,500 m2-building was constructed with possibilities for expansion. The new building at Platinaweg 4 was constructed in accordance with the latest insights. Of course, there are charging points, solar panels on the roof and there is a heat pump. 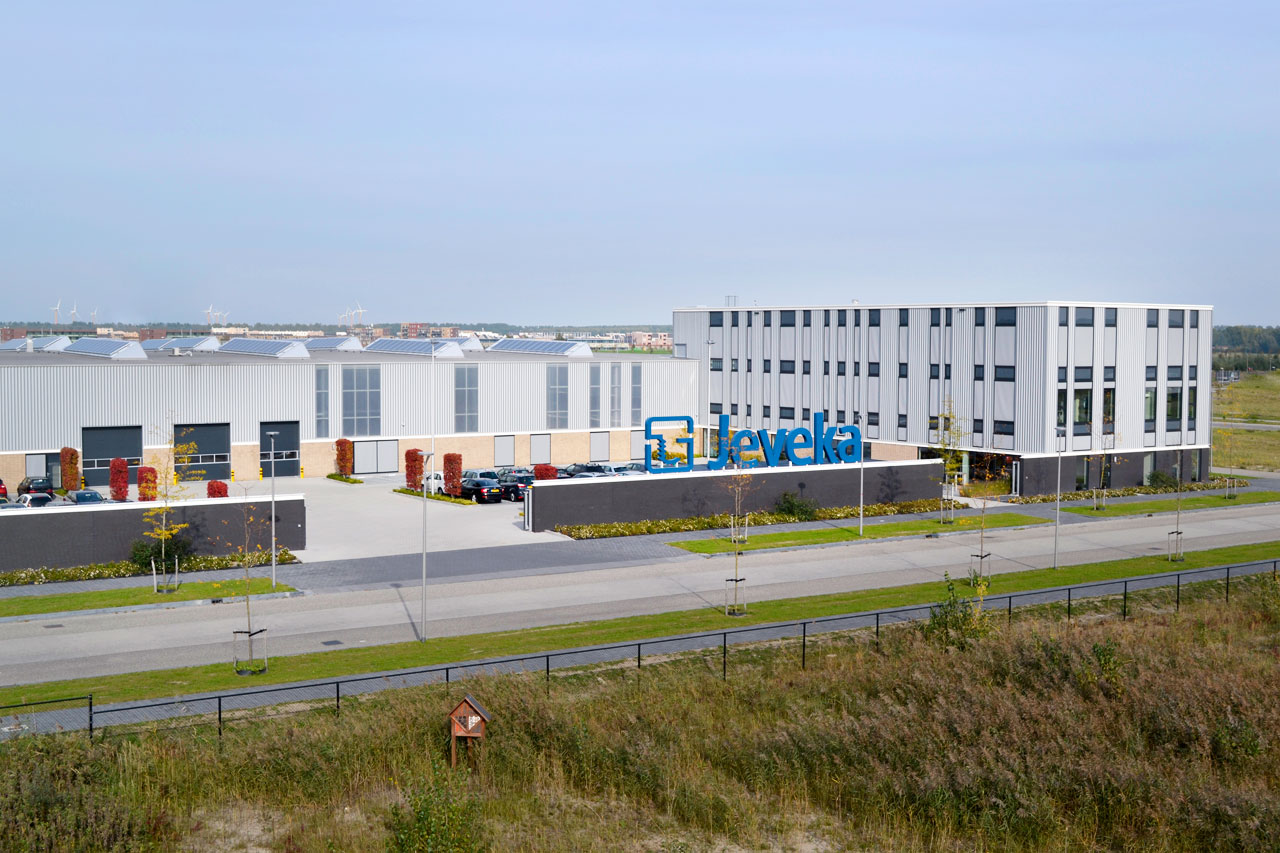 Stability and quality have been the common thread for Jeveka in recent years. Now the focus is on added values: logistical unburdening, engineering, customization and development of our own employees to make this possible. And links with systems from customers and suppliers to ensure that Jeveka as a wholesaler can monitor the center of the chain.

As an important pillar of logistics unburdening, SmartBin, a fully automated logistics system, is introduced in 2018. Scales with sensors that give a signal at a preset stock level, send a signal to Jeveka when the stock needs to be replenished. An order is automatically created for the stock to be replenished. With the arrival of SmartBin, Jeveka continues to grow in the areas of engineering, supply chain consultancy and logistics. 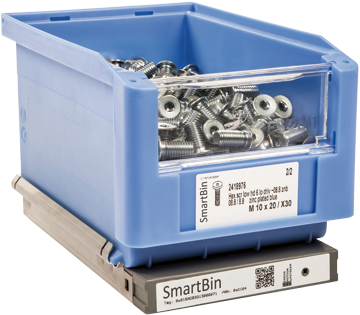 Jeveka is now part of the Bossard Group. Bossard acquired all shares of Jeveka and the company is now a 100% subsidiary of the Bossard Holding based in Zug, Switzerland. This has been officially communicated to the public and the financial market on October, 25th, 2021. It is planned that current owners Stephanie and Adriaan Veltkamp will leave the company after a transition period in the first half of 2022.
Read the full article here.

From the 3rd to 5th of May, the MedtecLIVE trade fair is taking place in Stuttgart, Germany. Jeveka will be there as part of the Holland Pavilion, in collaboration with Brainport Industries and MedizinTechnikNL.

News - SmartBin in a cleanroom environment

At Jeveka, we provide tailored solutions. We always go just that extra step further, to give our clients the best service. We also do this for those clients that work in cleanrooms. Jeveka can now say with pride that, in addition to offering the highest quality fastening materials for cleanrooms, we now also offer logistical solutions for the cleanroom environment. SmartBin Cloud and SmartLabel Cloud are fully compatible with your cleanroom environment!

We are pleased to inform you that Jeveka B.V. in Almere, Netherlands is now part of the Bossard Group. Bossard acquired all shares of Jeveka and the company is now a 100% subsidiary of the Bossard Holding based in Zug, Switzerland. This has been officially communicated to the public and the financial market on October, 25th, 2021.

Coming to the Precision Fair too?

The first fair for more than a year is back on the calendar once again. The Precision Fair will be held on the 10th and 11th of November at the Brabanthallen in ’s-Hertogenbosch, The Netherlands. Jeveka will be there! This year we’ll be at Stand 450, practically next to Entrance 2.

Since 1937
Specialist in fasteners and tools
100,000 products in our range
Tailor-made solutions